World Sickle Cell Day, celebrated on June 19th of each year, is recognized globally and was created by the United Nations by resolution. After last year, 2015’s commemoration, there was birthed an association for Sickle Cell patients, via quite a passion driven sickle cell sufferer, Aisha Edward, and from the moment the idea was birthed, Aisha Edward has been breaking new jinxes surrounding the eradication of Sickle Cell Disorder and proper management and support of those living with sickle cell disorder. 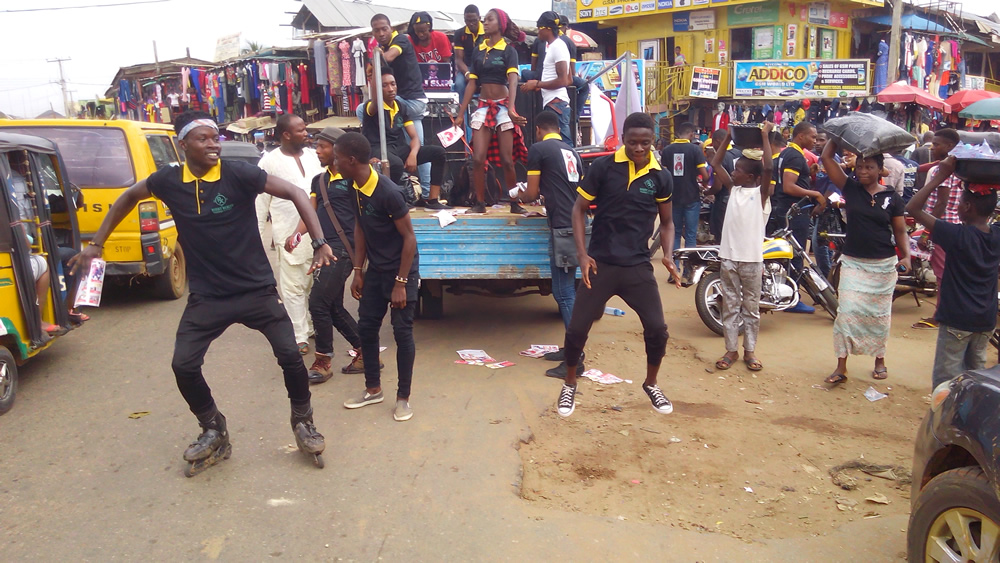 To mark this year’s celebration, the Association of People Living with Sickle Cell Disorder packaged a three-day back-to-back celebration to mark the World Sickle Cell Day tagged, “Advocacy and Sensitization”. The celebration started with a road show on June 17, with young people culled from Nnamdi Azikiwe University and Odumegwu Ojukwu University in their hundreds parading the Awka capital city of Anambra state, entertaining and sharing pamphlets and speaking to the masses in Awka and the environs on the need to check one’s genotypic compatibility with one’s intended mate and why one needs to quit any relationship that is made up of a couple that both carry AS genotype.

The road show culminated at Nnamdi Azikiwe University Teaching Hospital, NAUTH, Ukpo, where the association conducted the commissioning of a newly set up Special Sickle Cell Clinic, courtesy of Prince Engineer Arthur Eze. The commissioning was carried out by Arthur Eze, ably represented by his brother, Chief Okey Eze, while the unveiling of the clinic’s plaque was conducted by the traditional ruler of Ukpo, HRH, Igwe Robert Eze. A large number of pharmaceutical students from several institutions were present to cheer on the landmark event, alongside priests and the Medical Director of NAUTH, Professor Anthony Igwegbe.

The next day was the book launch and Shining Example award presentation to all the individuals and personalities that have in one way or the other supported the cause of the organization, 28 in number. This held at Nnamdi Azikiwe University main Auditorium at UNIZIK campus, Awka. Amongst the recipients of the award were the executive governor of Anambra state, Chief Dr Willie Obiano, the directors of Sun, Fides, Authority newspapers, Mr Godwin Ezeemo, Honourables Charles Ezeani and Obinna Emenaka, the Catholic and Anglican bishops of Awka, Aguata and Onitsha diocese, Chief Sylvester Nwobu Alor, to mention but a few. 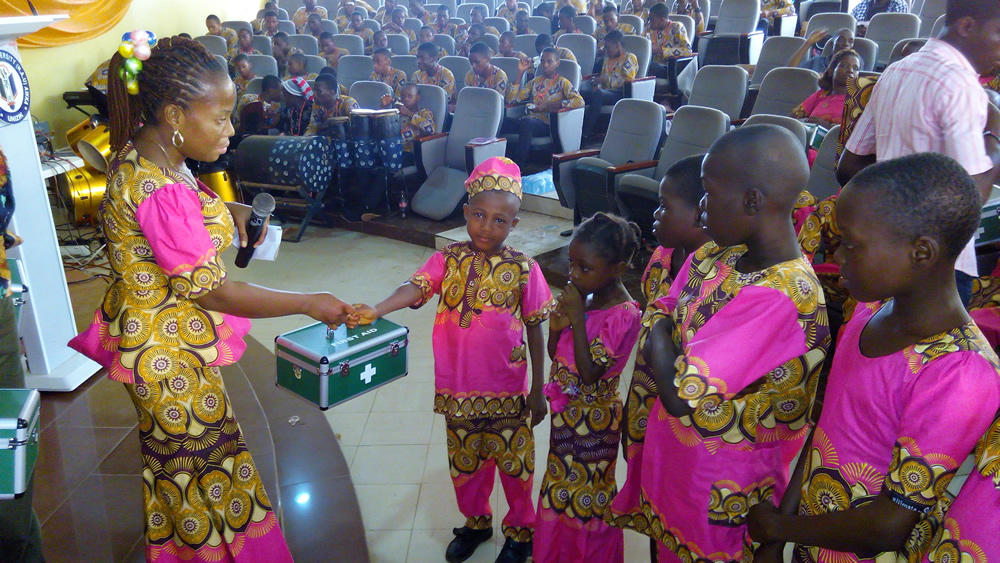 Speaking with the press during the commissioning of Prince Arthur Eze Special Sickle cell clinic in NAUTH, Ukpo, the member representing Anambra East constituency at the state house of assembly, Hon Obinna Chris Emenaka said the clinic will consolidate on the achievement of the state government with respect to the people living with sickle cell disorder.

He opined that the sensitization program organised by the chairperson of the Association of People Living with Sickle Cell Disorder APLSCD, Ms Aisha Edward will go a long way in addressing some of the pertinent issues concerning the patients. He informed that intending couples with the knowledge of their genotype will be mindful of their relationship so as to avoid giving birth to sickle cell carriers in the name of love.

His words “this will go a long way to address some of the unhealthy behaviour and attitude of our people in the name of love thereby giving birth to children who go through severe pains all the major part of their lives. It is a great awareness by the crusader and with this people will be more enlightened and sicklers will get a better and improved health services”

He further explained that a bill that will address all the problems of sickle cell patient has passed the motion on notice stage at the state house of assembly and assured that the house members are critically understudying the bill to ensure its speedy passage into law. He said “we are fine turning the bill to make sure that we get out a very good bill that will address the challenges of sickle cell patients”

On the issue of NGO’s who are fond of using the sickle cell patients to obtain and malversate money from donors meant for the improvement and development of patients, the lawmaker who analogized that the number of NGOs on sickle cell is now far more greater  than the number of people with the disorder. He expressed displeasure over the habit of taking undue advantage on the impaired as he reminded the perpetrators of the adverse consequence.

He said “it is unfortunate that we live in a country where people take advantage of compromised patients. The worst thing that can happen to any sane person is to utilize the misfortune or temporal or natural challenge of your own fellow individual for selfish reasons. It is bad to hide under the umbrella of sickle cell patients to collect money just to enrich yourself and family”

He advised that NGOs should be motivated only by passion and not material gains.

Hon. Charles, the sponsor of the said sickle cell bill also confirmed the claims of his colleague, at the occasion of the book launch the next day, while adding that he had gone as far as engaging most of the house members, including the Speaker, individually, on why it is imperative that the bill be passed into law.

His words,  “I see myself as infected by Sickle Cell Disorder too because I once lived with a family with several sickle cell children, and I know firsthand the kind of torturous pain these our brothers and sisters and ward go through.”

The Lawmaker therefore called on all to join APLSCD on their cause, as, according to him, “it is a noble and genuine one.”

Mr Godwin Ezeemo, another award recipient, ably represented by a medical practitioner, Dr Edward Ezenwafor, also pledged his support for the cause of the association. He encouraged the association to feel free to come to him for any aid. 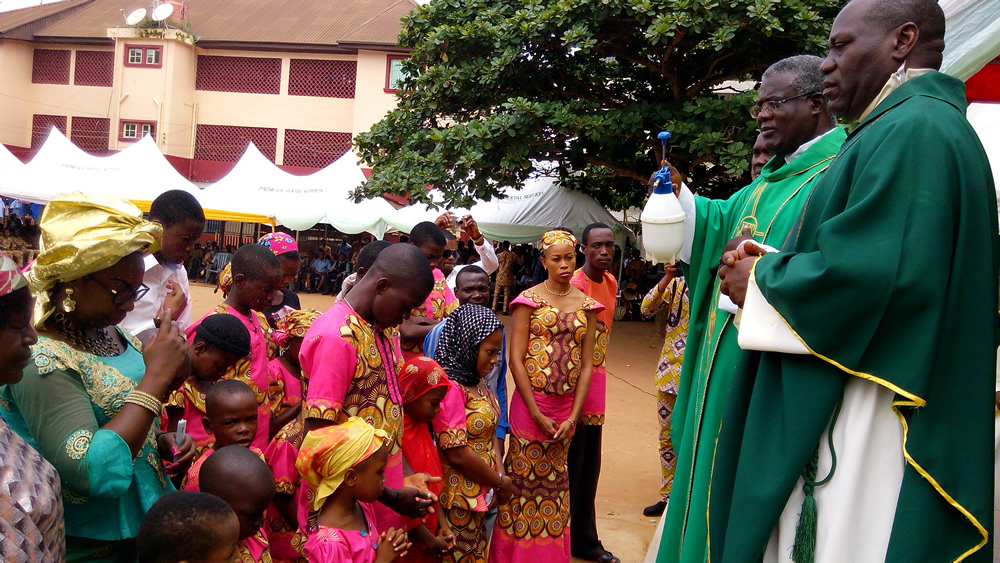 There were several donations to the organization from the award recipients and other well meaning attendees.

Earlier during the award/ book launch event, Aisha Edward reiterated that the association will not relent in her fight against the tolerance of sickle cell disorder and the association’s welfare and empowerment packages for the members. She took time to express her profound gratitude to Prince Engr Arthur Eze for establishing the first special sickle cell clinic in ANAMBRA state. In her words, “We the sickle cell patients require extra attention and this usually poses as a challenge to our parents.

Also during the thanksgiving service the next day, Sunday, Aisha expressed her sentiments towards the outgoing principal of Austica Memorial College, narrating how he has always been there for her, rescued her from suicidal intents and have been making his resources available for the association. She also revealed that Austica Memorial College happens to be their home given their mobility and first meeting point has been courtesy of the school.

She appreciated his influence over her; brought the sanity of the real Christianity via his personality, made her to start going to church. She also thanked the college’s choir for how they ministered to her soul via their songs.

She also admonished them to be ensured they check their genotype compatibility with whomever they intend to love and marry. She shared some of the grotesque experiences families with sickle cell babies go through and encouraged all to ensure they aid in getting their newly published book on Sickle Cell sensitization and advocacy, to all and sundry. This book was compiled to give comprehensive information on the issues bordering about sickle cell anemia with contributions from several medical experts, lawmakers and activists.

Fr. Ebebe,on his part, referred to Aisha as her daughter and the association, his apostolate. He spoke highly of the uncommon passion exhibited by Aisha Edwards, despite her health condition, while announcing that Aisha urgently needs a vehicle that would help in conveying her about as she went about what he referred to as a “work of mercy”. APGA chieftain, Chief Titus Anigbogu and the former Anambra SSG, Oseloka Obaze, were among the dignitaries spotted at the event.

The 2016 World Sickle Cell Day celebration as observed by the Association of People Living with Sickle Cell Disorder highlighted the organization’s tested and trusted weapon of warfare against Sickle Cell scourge, advocacy and sensitization. The association also used the platform to count her blessings while expressing their gratitude to all who have in one way or the other supported the association’s vision. Of course, as is the practice in every of the association’s events, the members were also empowered with first aid boxes, feeding bottles, clothes, food items and what have you, as facilitated by the Catholic and Anglican communions and other philanthropists.