The Association of Persons Living with Sickle Cell Disorder seized the opportunity of her radio program at Unizik FM to extol the worthy virtues of Benefactors, whom they appreciated for their kind efforts in ensuring that the Association fostered stronger during the year. 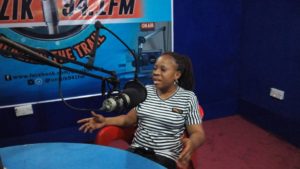 The Coordinator of the Association, Aisha Edward, who was live on “Daring Expose” at Unizik FM appreciated and showered lots of Encomiums on Former Anambra State Governor, Mr Peter Obi for his benevolence and kind gestures towards the association. She described Mr Obi as a father that truly understood the essence of the Sensitization and ensured that the Association has a Strong Voice. This voice he gave the Association through the Radio Program he sponsored at Unizik FM has gone a long way in fostering the strength of the campaign across the state especially among the Youths who are prospective Couples and those at the prime age of Courtship.

Further into the program, anchored by Echo, APLSCD Coordinator appreciated Lady Appolonia Chukwuma for her motherly love and kind words to the Association.The CWO Awka Diocese President, was described by Aisha as a woman of virtue and a mother that truly understands the plight of Sickle Cell victims. She confirmed that her encouragement and prayers have kept the Association afloat all the while. However, Aisha seized the opportunity to beckon on other mothers to emulate the kind gestures of Mrs Efobi,Mrs Chioma IBEZIM, Lady Appolonia Chukwuma by supporting persons living with sickle cell disorder as they celebrate the yuletide season. She called on them to support with the little they can, as a cup of rice if pooled together wil go a long way in putting smiles on the faces of these persons.

The radio program created an opportunity for the Association to remind her members of her annual get-together and thanksgiving that would come op on the 17th and 18th of December respectively at Austica Memorial College Nanka. The Association beckons on all her Benefactors and Nigerians with kind hearts of charity to throw their weight of support behind them as they thank God for his infinite mercies throughout the year.

The Association also appreciated the efforts of Prof. Stella Okunna who ensured that the radio program was not only sponsored but created a platform through Unizik FM for the airing of the program. The wife of the Governor, Chief Mrs Ebelechukwu Obiano was also on the lips of the Associaiton during the program, as she was appreciated for the gigantic works of empowerment she has done for the Association through her CAFÉ initiative. 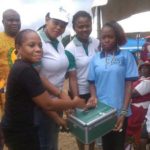