The Association of People Living with Sickle Cell Disorder has continued her sensitization campaign on SICKLE CELL disorder, as the Coordinator Aisha Edwards was on ground at ANIOCHA LGA Headquarters at Neni town on September 8, to lecture youth corps serving at Anaocha Local Government Area of Anambra State on the scourge of sickle cell disorder.

In a lecture, which was delivered during the NYSC CDS meeting, Aisha revealed a lot about the sickle cell disorder, and how parents selfishly put their children in pain out of love and their ignorance to know their genotype. She exposed how some couples go to the extent of forging the results of their genotype tests, out of the selfish love desires and fear of scarcity of spouse.

Aisha hinted that the welfare of a sickle cell child is like that of ten children, and sucks a lot from the parents. She said that these parents on realising the results of their ignorance, try to apportion blames on various factors ranging from witches from either of the spouse village, and they forget their intentional neglect of the Genotype results that led to the procreation of the sickle cell children that have become a burden for them. 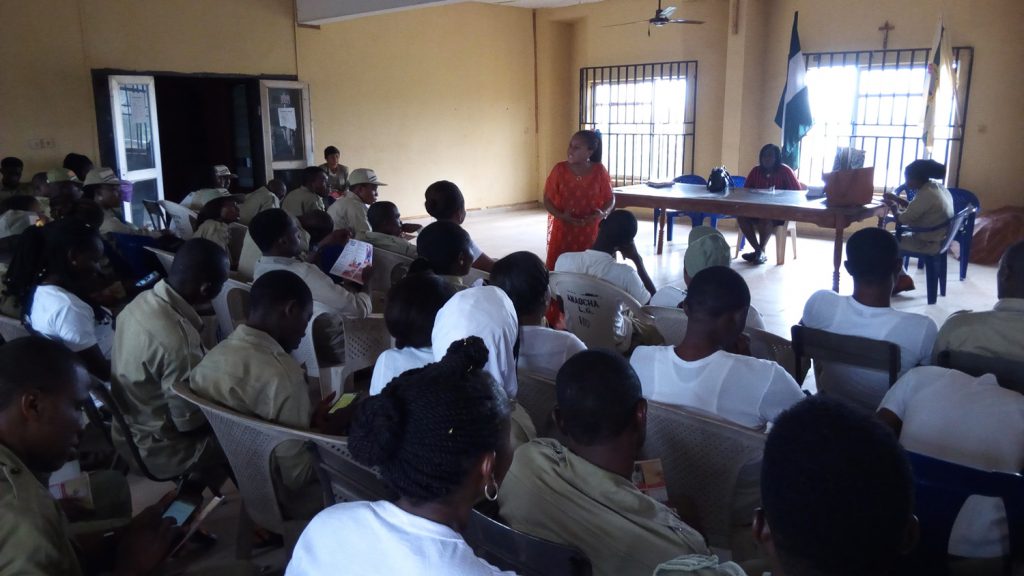 She referred to the corp members as prime youths who are in the decision stage and most likely the ones to make such mistakes. She advised them to be careful in the choices that they make as those choices would affect them later in life. Aisha further said that long has gone the time when people blamed sickle cell on ignorance, as no excuse can permit the procreation of sickle, and not even love is an excuse, since the love which is assumed blind during courtship suddenly develops a wonderful eye sight and flies away the moment a sickle cell child is born.

Aisha further used the opportunity to advise the corp members on the essence of kindness, she advised them to extend love to anyone they find around them, as no one can predict tomorrow, and a help offered today could yield fruits in many years to come. She cited examples of how she was seen as the weakest in the family and was often denied various opportunities due to her sickle cell disorder, but she was not deterred by all the mistreatment as she stood strong to later become the bread winner for the family.

The corp members who were glad at the fruitful lecture, commended Aisha and APLSCD for their zeal in communicating the sickle cell sensitization to all crannies in Anambra, as they promised to add their voice to the campaign by organizing a seminar in collaboration with APLSCD to educate youths in the local government on the need to be aware of their genotype. 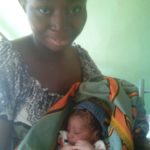