It was an overwhelming and joyous sunday for members of Association of People Living with Sickle Cell Disorder as they received a cheque of 5 Million Naira from business Mogul and magnanimous philanthropist Prince Engr. Dr. Arthur Eze.

The Cheque was presented by Prince Arthur Eze to the coordinator of the Association Aisha Edward at St. Mary’s Anglican Church Ukpo. Prince Eze promised to dole out more support to the Association, and urged all and sundry to support their cause in any way they could, while advising intending couples to check their Geno-type before marriage and avoid the circumstances they create for their children.

The emotional ridden coordinator thanked the Prince for his magnanimity with a special song of praise and worship to God before the congregation. She said that Prince Arthur Eze was among very few Nigerians that has supported the sickle Cell campaign cause wholly. The Anglican communion And St Mary’s church Ukpo has built a home for the Association, as they always responded rapidly each time they are called on.

Aisha confirmed that the Sickle Cell Clinic shall be flagged off in Ukpo on June 18th by the Anglican Archbishop of Aguata Diocese, Most Revd. Efobi. The clinic shall be of world class standard and shall cater for the medical, psychological, and physical care of all Sicklers in the state, and it shall be named after Prince Arthur Eze who is the sole donor to the project.

It was indeed moments of glee for APLSCD, as Prince Arthur Eze’s 5Million Naira donation triggered a lot of donations from various Ukpo indigenes. Prince Olisa Eze supported his brother’s donation with another cheque for the association, while Mrs. Nnayelugo also an indigent of Ukpo made a sultry donation to the Association, after she was moved by their plight.

However, Parishoners of St Mary’s Anglican Church Ukpo were not left out in the celebration galore, as Prince Arthur Eze donated 10 Million Naira to the members of the church in attendance. 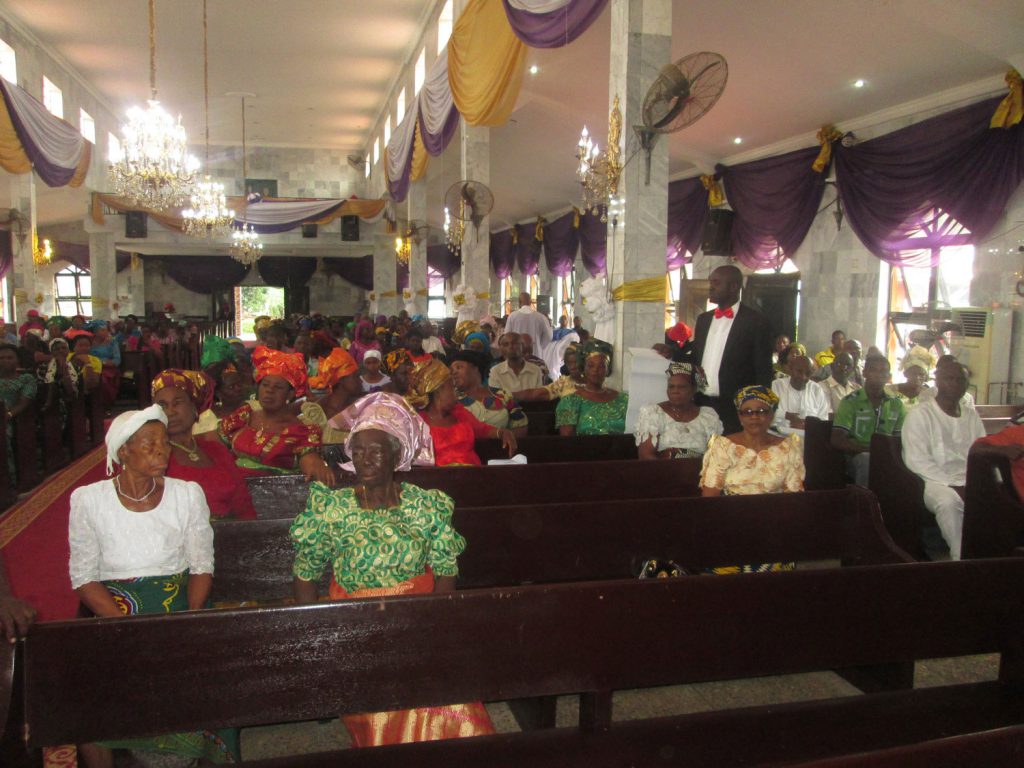 The Band and choir cemented the glorious service with sonorous and joyful songs which earned them 250 thousand and 500 thousand Naira donation respectively from the philanthropist.

The Association appreciated the efforts of all individuals and corporate bodies who have supported their sensitisation campaign, and urged others to cue into the generosity of Mr Peter Obi, Gov. Obiano and his wife, Prince Arthur Eze, Chief Paulinus Mbamalu, The Bishops of Catholic and Anglican denominations respectively, as these persons have aided the evangelism and have kept the awareness alive.

However, the Association invites all and sundry to her world sickle Cell day at Nnamdi Azikiwe University Awka on 18 June, as they would be hosting five different states, and urged members of Nigerian Medical Association (NMA) and Pharmaceutical society of Nigeria (PSN) to support them on that day, as courtesy demands that they acknowledge the patronage they have received from the sicklers over the years.