APLSCD to work closely with NYSC and NYCN

The Association of Persons Living with Sickle Cell Disorder has stated her readiness to work with the National Youth Council of Nigeria, irrespective of the numerous factions in the council. In a radio program at UNIZIK FM on Tuesday, the Association confirmed that she has no faction and would work diligently with any group that shows concern to her Cause. 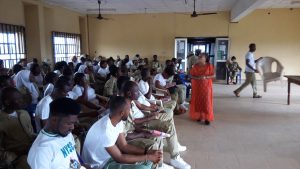 Speaking during the association’s radio program at UNIZIK FM, the coordinator of the Association, Aisha Edward said that the sickle cell group is one with foresight and set goals, and would not mind working with any group that shows concerns to the actualization of these objectives. She further explained that the numerous factions of the Nation Youth Council would even aid in a better working relationship and fast tracked campaign of the sickle cell cause, as all factions would endeavour to put in their best so as to outdo their Counterpart.

However, Aisha advised against the rifts in youth social organizations. She stated that it is high time that youth sheathed their sword of differences and pitch ideas together to be able to achieve a greater goal, as the selfish interests that often lead them into factions would never do them any good in the long run.

The Coordinator also highlighted the importance of the National Youth Service Corps to the sensitization campaign of the Association. She said that NYSC is a very vital corp where decisions of marriages are usually hatched, and cementing a long relationship with the Service would go a long way in ensuring that the disorder is purged out of the Society.

Aisha explained the Association’s plans to storm various NYSC camps, especially at their LGAs by January. She said the Association would continue to spread the sensitization message across all CDS groups in all the LGAs of Anambra state, just as it started with Anaocha LGA earlier in the year, where a lot of corps members indicated interest to join the Campaign.

APLSCD also seized the opportunity of the radio program to appreciate Brig.Gen Kazaure who before his appointment was the Assistant Director of Army Education (ADAE) 82 Division for his enormous efforts in ensuring that NYSC leaves up to the goals of its initiation. Aisha also thanked Hon.Dr.Onyeka Ibezim who was her colleague while working with Military at the 82 Division Enugu, where he Served as a Strong Medical team Leader. She believes that Ibezim, being a Professionally Trained medical Doctor and having managed similar Sickle Cell cases, Should use his office as the Special Adviser on Youth Empowerment to foster Empowerment package for members of the sickle cell Association especially Her Boys and Her Adult Members who are of Age to Have a family of their own.

The Association also invited all her teeming supporters both from social media, print media and all other forms of media to join her as they celebrate the goodness and mercies of the Lord on Sunday. They also thanked the Catholic and Anglican Bishops in the state for their provisions in terms of welfare, and prayed other Well-Meaning Nigerians to show solidarity to the Association’s cause by gracing the event at St. Anthony’s Parish Nanka by 9am. 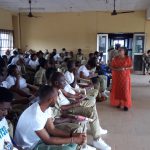