Members of Association of Persons Living with Sickle Cell Disorder were all delight and glee on Sunday, December 18 as they took to St Anthony’s Parish Nanka to thank God for his mercies on the Association throughout the year and pray him for more favours in the oncoming year.

The Association had prominent Anambra Stakeholders solidly behind them. APGA Chieftain, Chief Sir Victor Umeh, who was represented by Hon Ikeobi Ejiofor, Former SSG Anambra State Mr Oseloka Obaze, and representatives of the Anglican Bishops of Awka and Aguata Diocese respectively were present at the thanksgiving mass to show solidarity to the Association for her exploits in the sensitization campaigns aimed at combating the sickle cell disorder. 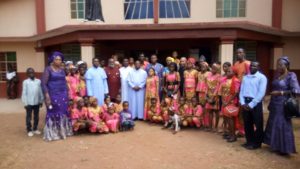 Fr Ikezue during his homily explained that social conscience is gradually being eroded in the society, as most Christians no longer understand the essence of their Christianity, since they lead causes they ought to oppose. He cited an example with an incident that occurred at a Teaching hospital the previous week, where 6 infants, some in the incubator, others under life support had to lose their lives due to power outage that lasted throughout the night. The Priest lamented that the power outage which was already normal was not really the problem, but the fact that the personnel in charge of signing funds for diesel had stubbornly refused to sign out funds, leading to the total blackout that caused the kids their lives.

Fr. Ezeoke The parish Commended Aisha’s Doggedness in the Sensitization campaign advised to Christians see this Christmas as a period of reflection and should emulate the good mien of Joseph who after knowing of Mary’s pregnancy sought better ways of dismissing her without making it public, until he was visited by an Angel.

However, the thanksgiving mass created an opportunity for Chief Sir Victor Umeh to express his delight on the exploit of the Association. Speaking through his representative at the event, Umeh described the Association’s sensitization campaign as a life saver. Citing Aisha’s speech where she said they had lost over thirty members in the previous year but only lost one in 2016, Umeh said that the achievement goes a long way to explain the level of hard work and commitment being put by the Association, especially through her coordinator to ensure that victims of this disorder are well taking care of and that the proliferation of the disorder is brought to the barest minimal.

Adding his quota of kindness and charity to the campaigns, the former APGA National Chairman donated five hundred thousand naira (N500, 000) to enable the Association continue her exploits in the areas of sensitization, welfare and empowerment of her members. Also adding to the donation, the former Chairman Anaocha LGA, Hon Ikeobi Ejiofor , who represented Chief Sir Victor Umeh, added his own support on behalf of his foundation Hon Ikeobi Ejiofor Foundation.

Former SSG Anambra State, Mr Oseloka Obaze who spoke to the press after the mass expressed joy that succour is coming for the sickle cell victims, who he said are suffering consequences of others mistakes and should not be neglected by the society. Obaze encouraged the efforts of the Association, applauding them for taking the right course of sensitization and provision of welfare for the victims. He promised that he would always show support to the Association in all her programs as that was the favour humanity owes the sickle cell victims.

Obaze, who had earlier made a huge donation for the welfare of the sickle cell victims a week before the mass, said he was present during the previous year’s thanksgiving and promised to grace this year’s event, and that goes a long way to show how committed he is in the Association’s cause.

The events moved to the hall of Austica Memorial College Nanka, were the members were treated to a sumptuous get-together celebration. The Chaplain of the Association, Rev. Fr. Obiora Okeke who also doubles as the Principal of Austica, alongside his colleague Fr. Jeremia Ikezue the vice principal of the school donated ten (10) bags of rice on behalf of Austica Memorial College, to be shared amongst the members of the Association.

Speaking to the Press after the event, Aisha Edward, the coordinator of the Association expressed a loud joy on the support the Association had received from both the church, corporate bodies and individuals during the year. She thanked the dignitaries who irrespective of their tight schedule still made out time to join the Association in her thanksgiving mass. Aisha Increased the payment of APLSCD Students School fees with 20% despite the hard Recession and promised that the Association shall never derail in her cause, as it shall continue to Exemplifies transparency and effectiveness in all her activities. 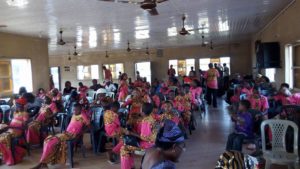 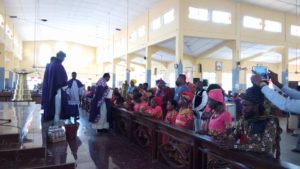 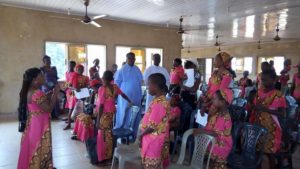 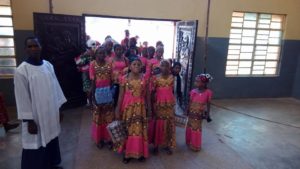 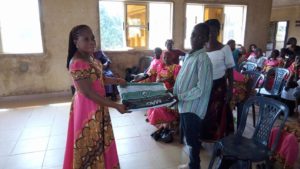 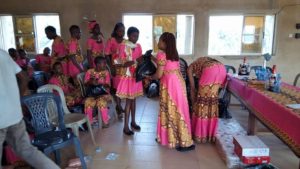 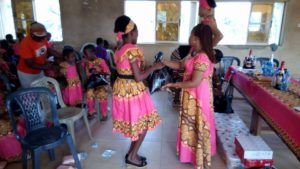 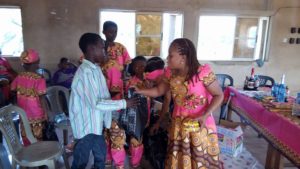 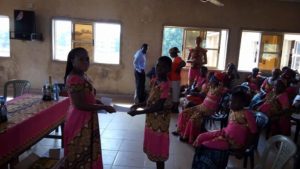 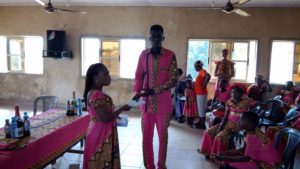